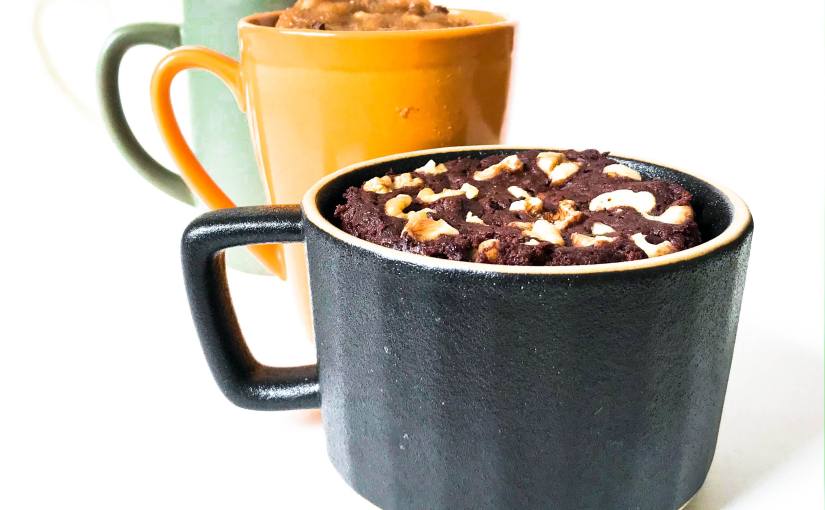 Is it just me, or does it feel as though we’ve been home for a month already? It’s only day 10 of this quasi-quarantine, and I almost can’t grasp the idea that my life was proceeding at a normal pace just over a week ago. My heart goes out to all of the people suffering from the virus, those in actual quarantine: I can’t begin to imagine how difficult that is! Regardless of the level of affect you’re feeling from these circumstances, I hope that, if you’re able, you’ll try spending some of the extra hours in your kitchen. In fact, you’ll only need about five minutes for today’s desserts!

I explained last week that I hoped to provide some recipes that wouldn’t require unusual ingredients because I don’t want to provide any temptation to disrupt the social distancing efforts! I knew that this mission would eventually lead me to mug cakes, and I couldn’t hold out for long–today is the day. Not only are these single-serve treats incredibly convenient to make at home; they have been a blast to create! The quantity of wasted ingredients and time often limits the number of trials I can execute in my recipes (usually about three tries max), but these cakes provided opportunity for lots of attempts and tweaks with relatively minimal consequence. It’s a win-win situation for us: I end up with less guilt and more experimental freedom, and you end up receiving recipes that have been thoroughly tweaked until they’re the most delicious they can be!

There’s also something quite appealing about single-serving desserts. They’re personal; they come together quickly; you don’t have to share with anyone (maybe my favorite factor); and they eliminate the struggle of self-control that so easily taints indulgence with guilt. Plus, I assume that the idea of baking an entire cake or pie isn’t exactly realistic for those of you stuck at home by yourself for the foreseeable future! There’s simply very little, if anything at all, that one can criticize about adorably tiny, warm, yummy cake. 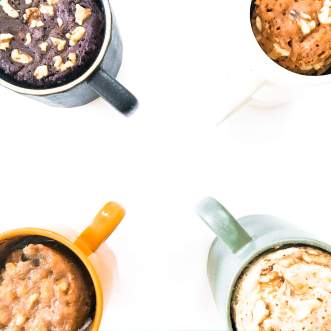 I’d argue that this concept of single servings is applicable beyond food right now, though. With such chaos ensuing in our world and so much extra time in our schedules to observe that chaos, I find myself consuming news updates and mindless entertainment by the heaping spoonfuls. The magnetism of my phone, of every notification, is something of which I’ve become increasingly cognizant: I don’t know that I’ve gone more than a few minutes without it next to me since this ordeal began.

Perhaps this is something you’ve found yourself experiencing as well–I think the majority of us have been roped in by the incessant online dialogue in some capacity. And while it’s responsible to stay informed about the goings on in society, especially in times such as these, it’s just as responsible to care for yourself by limiting your media consumption. By nature, pandemics are rapidly progressing: things are changing by the hour in every affected city. But will knowing about these changes immediately, each as they occur, really contribute anything to us beyond stress and depression? Not likely. Unfortunately, there is no shortage of bad news right now. This means that it’s entirely possible for us to remain in a steady track of receiving this negative information if we expose ourselves to it.

Please, for your own health, come up for air now and then.

As reckless as it might feel (and I completely sympathize with this feeling), put your phone away for a few hours, even just one. Go outside. Read something that’s not current events. Call your family (without going to speaker so you can still check your phone). Give your complete attention to something that’s not a newsfeed. And know that you can do so without even a bit of guilt. The world will continue on, and you will eventually learn what you missed. Like the saying goes, everything is best in moderation. And it’s the moments we allow ourselves to indulge in the things that this virus hasn’t uprooted–those sweet, single-serve joys– that will eventually see us through it.

Though the fig tree does not bud
and there are no grapes on the vines,
though the olive crop fails
and the fields produce no food,
though there are no sheep in the pen
and no cattle in the stalls,
yet I will rejoice in the Lord,
I will be joyful in God my Savior. 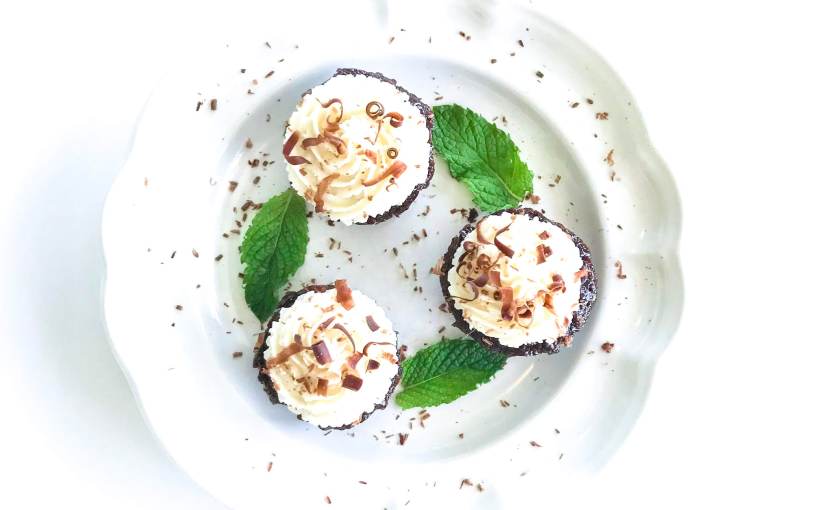 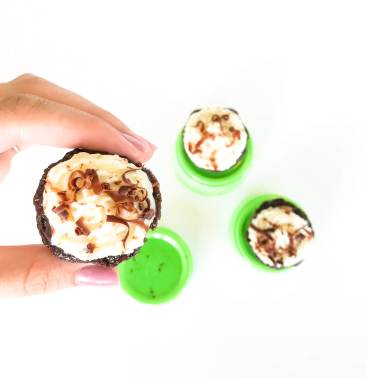 You could ask any of the three of my immediate family members what their favorite week of the year is, and I guarantee they’d all be unanimous in their answer: our week at Edisto Beach. Though only about an hour from our home, this island makes the distance between us and normal life feel wonderfully expansive. The vacation has been a part of our lives for many years now: we’ve celebrated birthdays, performances, reunions, and graduations during this beloved week, many of them in the same house. It’s become an irreplaceable highlight to the summer season, one I hope will remain intact even as my sister and I grow older and eventually move on to careers and families of our own.

There are so many elements of this week about which I could lovingly elaborate, but a new one came to mind yesterday. We’d come down to the freshly exposed sand in shifts from the house–some of us taking walks along the shore, some bounding down to the water for kayak outings, some sprawling out on the whitest, softest sand with books in hand. After the first couple hours of the day, everyone tends to wander back from their choice excursions and regroup beneath and around our little blue canopy (a life and skin-saving addition to the vacation supplies this year). It was around noon when this occurred yesterday. 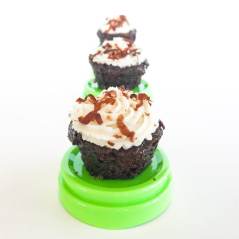 I was reading a Billy Collins poetry book, lounging in a small chair between my uncle with the snack bag in hand and my sister nearly asleep just outside the reach of our canopy’s shadow. My aunt was stretched across another sunny patch, and both dogs lay at our feet, everyone feeling drowsy now from the excitement of the morning and from the hypnotic blanket of the sun’s midday heat. My dad had taken his usual post at the water’s edge, fishing pole stuck faithfully into the sand on one side of his chair and my mom seated faithfully down on his other.

I had nearly succumbed to the sun’s persuasive call to sleep–to my dismay because I HATE napping–when I noticed a slight increase in movement near the water. I lifted my head and observed as my dad got up from his chair and gripped his white pole, which had begun to take a sharp arc towards the choppy waves. I didn’t move yet, just watched from my chair as what would become a 15 minute fight with this mystery sea life ensued. My dad’s back was towards us, but each member of my family could feel the boyish thrill that had overtaken him as he executed the dangerously delicate dance of keeping tension on the line without risking a snap and adding another “the one that got away” story to his repertoire. Soon, each of us was perking up from our inattentive slouch and watching the battle before us. And not long after, so was every surrounding beach-goer on our length of shore. Fathers left their own hopeful stations by fishing rods, teenagers dropped their beanbags on the cornhole boards, moms stood from their towels and chairs, all to commune around the most action they’d seen in the day–my dad and his Moby Dick. 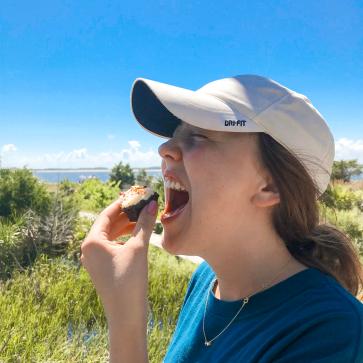 My heart fluttered with nervousness for him: his chance at winning this fight had suddenly changed from a personal victory to a chance at winning the hearts of his audience. Another tense 5 minutes went by, the hoard of onlookers following my dad as he paced back and forth with the beast of the water like a flock of ducklings behind its mother. Finally, with a final tug and a splash of salty sea, the opponent slid into view at the ocean’s edge: a massive stingray, tail missing from another battle in his life, flapped angrily in the center of the crowd as he realized his failure. My dad, high off the well-deserved win and the admiring eyes around him, raced through a ring of applause to his tackle box to get his pliers before squatting to release the hook from the ray’s mouth, a teenage neighbor pinning the glistening, muscular wings to the wet sand to keep it still. In maybe a hundredth of the total time my dad had wrangled in the ray, the frantic animal was released back to its home.

The buzz of what had been the most action we’d all seen on the beach that day still whizzed through the air as the condensed mass dissolved into smaller groups of chatter. My dad received fist bumps and shouts of affirmation from strangers; I found myself in a friendly conversation with a middle-aged woman with a dog who I’d never seen before that moment. It was then that I realized one of the beautiful powers of the beach–it truly is an equalizer. No matter what social backgrounds, economic status, or political opinions people may carry with them, you can strip them down to swimsuits and throw them out on the sand, and suddenly they’re all the same, members of some unspoken community that’s bound solely by the rise and fall of the tides–and an occasional fishing episode.

It’s an idea that hearkens back to my recent fascination with unity. I guess you could say lately I can’t stop noticing little manifestations of our humanity, tiny hints that our blood truly does all run horizontally red despite the many ways in which we love to convince ourselves otherwise. Who knows whether me and the lady with the dog or my dad and the neighbor boy would have ever gotten along or even approached each other in our everyday lives. But in this short, isolated stretch of shoreline, stretch of time– on Edisto Beach, South Carolina, there’s nothing really separating us. And that may be just one of the things pulling us back to this paradise year after year.

There is neither Jew nor Gentile, neither slave nor free, nor is there male and female, for you are all one in Christ Jesus. 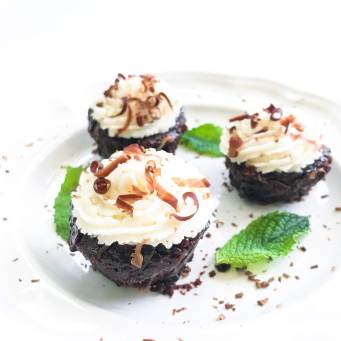 These little bites of gooey, chocolaty brownie are the perfect addition to any dessert table (for us it was the choice conclusion to our Father’s Day dinner). With a sweet, minty frosting and a slightly bitter dark chocolate top, they’re bound to please everybody. 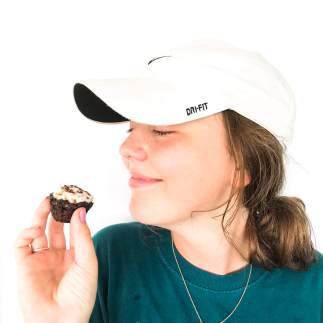