Disclaimer: I’m writing this at a time of night when I’d normally be listening to sappy music or journaling, so you’ll have to excuse any emotional rants that develop (and typos).

A couple of weeks ago, I wrote about my family’s Christmas visit to Pittsburgh. Well, that’s a bit of an incorrect summary–I wrote about the horrible goodbye after my family’s Christmas visit to Pittsburgh.  That empty feeling that I get when I’m separated from them certainly hurts for the moment, but thankfully we have no choice but to eventually move on from the sting of leaving each other and resume our individual lives: mine here, my sister’s in Columbia, and my parents’ in Charleston.

Still, there are just some things missing each time I make the transition from family-time to “independence,” things that I don’t always realize I long to have when I’m on my own. One of them is family dinner. I don’t mean to mislead you into thinking we’re a family from a picture in the 1950’s unit of your Social Studies textbook, sitting around a nicely set table at 6 o’clock every night. In fact, we rarely had the time to eat at a normal hour for many of the years I lived at home, and living room dinners became frequent. But just the occasion of all being in a house (not an apartment), all sharing a prepared meal (not whatever I threw together for myself), and intentionally doing it together (instead of whenever it fits in each person’s schedule)–it’s so different.

This weekend I was blessed to experience just that–a dinner that was truly a family-away-from my family night. A group of us came together to prepare a surprise meal for a family that generously hosts frequent dinners for us in their home. We each tackled a dish (you can guess what I was in charge of), came a couple hours early, cooked together, and spent the evening enjoying each other’s company. I think that cooking and eating food together is one of the most rewarding activities to share with friends and family, and the evening was certainly a testament to that.

In the middle of our meal, I was struck by this sudden swell of gratitude. (I say sudden because it was abrupt enough to pull me away from my candied pecan brussel sprouts, which is no easy task). I was honestly a bit overwhelmed with the feeling. Being a young adult is hard. Ballet is hard. Figuring out life away from home is hard. I often find myself, especially with my long-time struggles with injury, projecting my insecurities onto others. I allow myself to imagine that my coworkers and friends see me as weak or invaluable as a dancer, that the only reason they spend time with me is because of my job in the company. It’s been a sort of self-inflicted isolation that unfortunately causes me feel distant from the community that I cherish so dearly. But that night at dinner, those negative, untrue thoughts didn’t threaten to ruin my night.

I felt loved. Appreciated. Not just because I’m a dancer at Pittsburgh Ballet Theatre. Maybe a little bit because I make a mean cake. 🙂 But mostly because I am part of a family-away-from-my-family here. And that makes Pittsburgh just a little more like home.

And now these three remain: faith, hope and love. But the greatest of these is love.

(Forgive my lack of photos–this was a spontaneous recipe and was eaten before I could get pictures!) 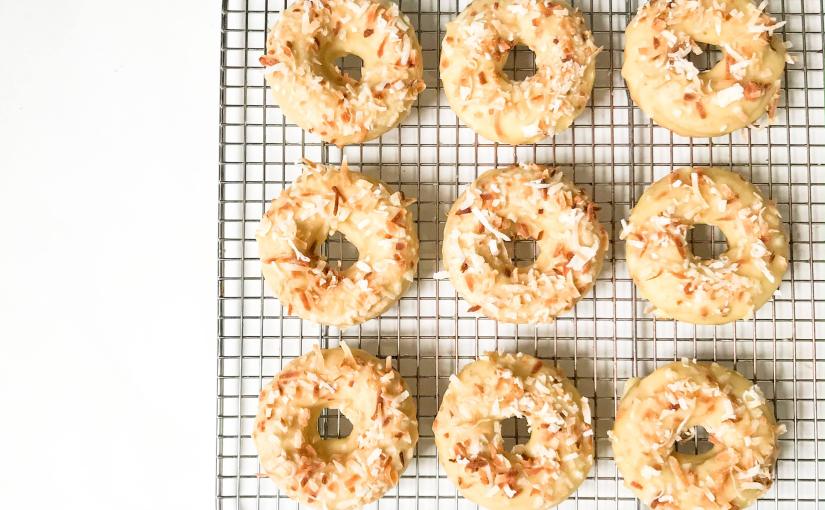 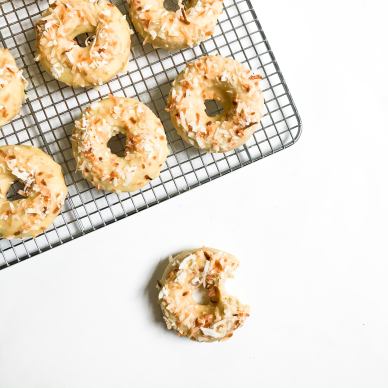 Because I could fill an entire novel with the ridiculous, unexpected things that I do and experience, I thought I’d just give you the highlights in bullet form today:

These obviously display the more comical side of unpredictability. But with all the inconsistencies of life–comical or not–I’ve been thinking about our innate desire for reliability. Even the most free-spirited, spontaneous people I know need some sort of constant in their lives, something in which to place secure hope when everything else becomes fragile. The present popularity of mindfulness, self-awareness, and various forms of meditation allude to this universal search for being grounded–further, a craving for a sense of belonging, or a concrete purpose.

Something struck me in the message our priest gave during service this weekend. He was speaking on the story of the Magi coming to visit the infant Jesus and present Him with gifts. These three men, he noted, would have been some of the most intelligent, experienced scholars of their time: with royal education, their knowledge of astrology, geography, and other subjects would have far surpassed that of the majority of the population at the time. His first point was that these men, despite having access to the greatest wealth of information and skills available, embarked on a journey to find a supposed Savior whom they had never actually seen and who wasn’t even old enough to speak yet. They, with all of their abilities, still felt something missing in their lives, an urge that led them to pursue this Jesus and then choose allegiance to God over allegiance to their king.

His second point, though, is the one which I find most moving; and I think it’s something easily forgotten. Yes, the three Magi likely represented the top tier of academia of their people. However, as our priest said, every single person sitting in the church today has knowledge that surpasses the wildest dreams and imaginations of the Magi. Our world has unlocked expanses of information and explored fields of study that didn’t even exist in Biblical times. The most basic level of worldly understanding today is far beyond the most well-versed minds of the time of Jesus’ birth. And yet, we are still searching, still longing for that same “missing piece.” Hundreds of years, scientific discoveries, medical breakthroughs, technological advancements, and social evolutions later, we are still looking for something more.

What a testament to God’s greatness! The reason we will always look for greater truth and purpose is because God Himself is the only perfect, constant source of it; it’s also the reason that we’ll continuously come up empty-handed as long as we go about our search by using our own abilities, by tirelessly attempting to harness the limited powers of the human mind and spirit. God has blessed us with the anatomical tools needed to explore the universe He created–to unfold new pieces of science and mathematics and psychology every day. We’ve still only uncovered a sliver of what is left to be learned. But no matter how advanced our understanding becomes, we will always be left feeling unfinished without God.

Life can be really frustrating, really painful, and really unpredictable. I encourage you, when the events of this world threaten to tear you apart, seek the only true source of stability. You can breathe knowing that He never intended for you to figure out how to find inner peace on your own because if you could, you would never realize your need for His goodness. Like the Magi, take the risky step away from your ever-changing comfort zone and towards that star.

After they had heard the king, they went on their way, and the star they had seen when it rose went ahead of them until it stopped over the place where the child was. When they saw the star, they were overjoyed.