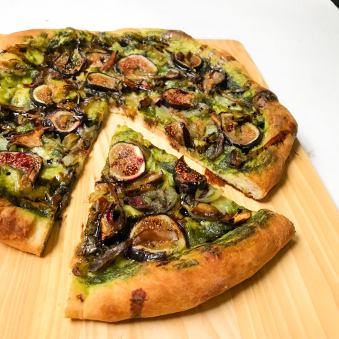 I just submitted my PA voter registration application: I figured after having lived in Pittsburgh for 3 years and now officially working a full-time job here, it was about time for me to put away the South Carolina voting ID. I’m not proud to say that my slow pace in getting it done has unfortunately been typical for me in the realm of this civic duty: I didn’t even vote the first time I was able–I say that through a grimace, but I’m being honest. Despite the incredible privilege that being able to vote is, the task often feels overwhelming. Politics in general, I should say, can feel overwhelming.

I rarely feel confident expressing my stance on political issues. In fact, I have a terrible habit of avoiding the formation of strong opinions in the first place–but particularly with politically-driven topics. It simply takes a LOT of time and familiarity for me to feel educated enough, aware enough, and bold enough, to take concrete stances. I admire those people, especially as young as me, who confidently advocate and argue for their positions on important issues that circulate the media, with growing tenacity when elections approach. But for many topics, I am just not there quite yet. How in the world am I, a 21 year-old ballet dancer, supposed to know the best strategy to progress with relations with Iran, or the long-term effects of a new tax cut? Questions like these often wedge themselves uncomfortably between me and potential opinions, or decided support for a political candidate. When I do get sudden motivation to combat my chronic equivocation, I’ll go through phases of being determinedly informed: watching full debates, reading daily news articles, conversing with my parents about current events. Often, though, my initially fiery curiosity dwindles with the simply overbearing quantity of “stuff” I still don’t know, the impossibility of learning everything I’d like to before building my political identity…thus, my engagement fades and my repertoire of opinions remains rather sad. As someone who feels more strongly about my moral ideology than anything else, I’m always left wishing those beliefs were enough to carry my voting responsibilities.

I started thinking about this the other day. I was reading a passage in Deuteronomy–some may be acquainted with its riveting paragraphs about rules of animal sacrifice and the many ways in which you can become unclean (and then clean again); it’s a book that’s certainly no lesser than the other elements of the Bible but that anyone would agree is not an easy beach read. In fact, I’ve been struggling for weeks with Deuteronomy and other Old Testament books, finding that really engaging and studying them, especially at 6am, is something I fail to master most mornings.

As I re-read a some chapters, though, a few verses struck me enough to interrupt my robotic skimming through the lines.

“At the end of every three years, bring all the tithes of that year’s produce and store it in your towns, so that the Levites (who have no allotment or inheritance of their own) and the foreigners, the fatherless and the widows who live in your towns may come and eat and be satisfied, and so that the Lord your God may bless you in all the work of your hands.” Deuteronomy 14:28-29

“There will always be poor people in the land. Therefore I command you to be openhanded toward your fellow Israelites who are poor and needy in your land.” Deuteronomy 15:11

At first glance, these are statements certainly charged by the simple “do-good” mentality, the agreeable call to “love your neighbor.” But what struck me is how God really starts to sound political here! Without advocating for any particular ideology (you know I don’t do the sharing opinions thing 😛 ), I won’t hesitate to point out that these verses indirectly address topics of immigration, role of government, and poverty/ the rich-poor gap. I was not only taken aback by the clarity of instruction for God’s people, but for the relevancy of the words in today’s climate. This, while not quite a cheat-sheet, was the reminder I needed that my Christian beliefs not only help guide my political engagement, but they stress the importance of it in the first place! I started that day feeling perhaps I wasn’t quite as ill-equipped for this journey towards participation as I thought.

Though in principle they’re near opposites, the struggle for me to swallow both the dry pages of biblical books and the massive exchange of current political information in the world. Maybe the beginnings of overcoming my fear of each is to realize that they’re not quite as disconnected as I think. While a healthy society in this world can’t function without separation of church and state, I’m encouraged by the notion that an individual’s personal beliefs should be the first priority when it comes to making their voice heard in society. Getting to vote is such a blessing. Choosing how to vote is intimidating. But those things you do feel strongly about, those moral principles that drive your day-to-day life, the values that you wish everyone could share– start there.

A man’s heart plans his way,
But the Lord directs his steps.

“Everything but the Kitchen Sink” Pizza (V)

PESTO (This is a loose recipe–adjust to taste or use your own favorite pesto!)